By banding together to share information, stories and best practices, we are better positioned to counter this crisis.

We are forming a coalition of leaders who are committed to better understand and confront the escalating epidemic of violence against our health care colleagues.

Our proven approach has been developed in concert with front line clinical end users, security experts and IT innovators from leading hospitals and health systems nationwide. By learning from those who are most imminently impacted by issues of staff safety, Strongline has developed a state-of-the-art staff safety system, specifically for health care workers. 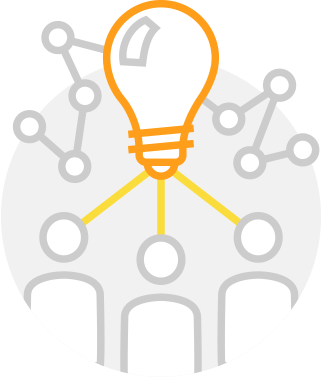 Information is power and the escalating epidemic of violence against our health care colleagues is affecting virtually every hospital across the country. We are collecting data about this issue to cultivate awareness and to influence policy in order to drive positive change on behalf of front-line hospital staff. 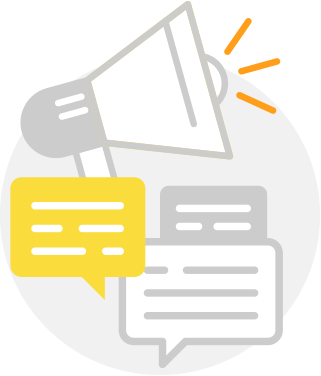 We advocate on behalf of our colleagues in health care who want and deserve to feel safe while caring for patients. Our voices are stronger together. 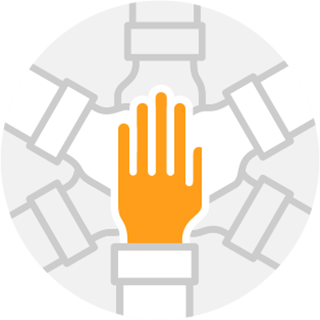 Let’s face it, the issue of violence against health care workers is getting worse. We need to join forces, hold the line and implement multi-faceted safety solutions to regain ground and protect our colleagues.

“Far too often, health care workers are legitimately fearful for their personal safety while caring for patients. Among other disturbing facts, the Occupational Safety and Health Administration (OSHA) reports that approximately 75% of the nearly 25,000 workplace assaults reported annually occur in health care and social service settings; workers in health care settings are four times more likely to be victimized than workers in private industry; and health care workers have a 20% greater chance of being a workplace violence victim compared to other workers.”

Far too often, health care workers are legitimately fearful for their personal safety while caring for patients. Among other disturbing facts, the Occupational Safety and Health Administration (OSHA) reports that approximately 75% of the nearly 25,000 workplace assaults reported annually occur in health care and social service settings; workers in health care settings are four times more likely to be victimized than workers in private industry; and health care workers have a 20% greater chance of being a workplace violence victim compared to other workers.

In a 2014 survey, nearly 80% of nurses reported having been attacked at least once in the past year and a 2018 poll conducted by the American College of Emergency Physicians found that nearly half of emergency physicians reported being physically assaulted, with more than 60% occurring within the previous year. Even worse, these statistics grossly understate the true nature of the problem as Michigan State University research demonstrated that the actual number of reportable injuries caused by workplace violence was as much as three times the number reported by the Bureau of Labor Statistics.

Not surprisingly then, groups representing doctors and nurses have voiced that more needs to be done. In a 2011 Emergency Nurses Association (ENA) survey, about half of nurses said that the hospital took no action after they were assaulted and in 20% of cases the perpetrator was issued only a warning; and in 10% of cases nurses said they were blamed for the incident. Legislators are also increasingly taking notice with seven states currently requiring employer-run workplace violence programs and 34 states having penalties for assaulting nurses.

The pervasive problem of workplace violence not only extracts a human toll, but also is very costly due to resulting staff turnover, lost time from work, workers’ compensation costs, regulatory action and litigation. Among patient-facing staff, feeling unsafe in the workplace is also correlated with reduced patient satisfaction and worse patient outcomes. Nursing turnover is both common and costly with average turnover costs estimated to range from 1.2 to 1.3 times base salary. The cost of recruiting and training a single nurse ranges from $37,700 to $58,400. Worse yet, these historical costs also occur in the setting of a large, projected nurse shortage with a forecasted need for an additional 203,700 new nurses each year through 2026.

Physician turnover costs are even higher. Prospective longitudinal studies from the Mayo Clinic demonstrate that for every one-point increase in burnout score, there is a corresponding 43% increase in the likelihood a physician will reduce clinical effort in the following twenty-four months. The costs of replacing a physician (recruitment, onboarding, and lost patient care revenue) are estimated to be two to three times that physician’s annual salary.1 One study showed that lost revenue for replacing just one full-time equivalent physician totals $990,000 for a year-long vacancy, plus recruitment costs of $93,000 and annual start-up costs of $211,063.

Patient attacks with injury routinely result in medical expenses and may lead to regulatory review, litigation and/or settlement. Of note, there are more than two hundred Joint Commission requirements related to staff duress alone. This creates new expense, management distraction and extremely challenging public relations problems. With hospital reimbursement increasingly linked to patient experience scores for numerous payors including Medicare, having staff who feel unsafe leads to reduced reimbursement. Conversely and most important, staff who feel safe and secure have more effective relationships with their patients and families and produce improved outcomes.

De-escalation training is the centerpiece of any workplace violence prevention program. Nonetheless, there always remains the potential for violence. Hospital and health system leaders are now much more engaged with the problem, but are stymied. Simply put, health care is in the midst of a national crisis where leaders are aware and worried about workplace violence, but seemingly have no solution.

Until recently, there has not been a reliable, effective and affordable solution to allow health care workers to discreetly signal when they are in duress so that they can promptly receive the backup support that they need. However, a new safety system (Strongline), developed at Thomas Jefferson University in Philadelphia has evolved from prior work at Mission Health in Asheville and effectively addresses this critical problem. The technology from which Strongline originates is now used in more than 60 hospitals nation-wide.

The Strongline staff safety system uses low energy Bluetooth beacons and receivers linked to a personal badge worn by every staff member. The badge includes a simple “press in duress” button that connects to a network of fixed receivers. Upon processing the duress signal, the system immediately messages both security and other nearby staff members who are ideally positioned to provide the most expeditious, de-escalatory support. The system provides the appropriate responders with both the identity and precise, real-time location of the impacted team member. Across the Jefferson ecosystem, the Strongline deployment will cover approximately 14 facilities, 2,800 inpatient beds and all of the outpatient clinics. More than 25,000 staff members will be provisioned with safety badges for a remarkably affordable price.

Every health care leader has personally experienced incidents where staff and patient safety were compromised. This problem has been accelerating over the past few years at a frightening pace. Also, staff concerns about safety come up in most every meeting between senior leadership and front-line staff, and employee engagement surveys routinely raise these very same concerns. These pleas for help are not surprising given that most staff members and trainees have experienced physical/verbal threats, intimidation and/or assaults that have caused them to fear for their own safety or that of a family member or other patient.

The opportunity to protect staff effectively is finally here. Adopting the Strongline staff safety system is a simple and effective way to enhance staff safety at a very affordable price, with an easily demonstrable ROI. Keeping team members safe is the most basic responsibility of executive leaders and Boards. So, whether you adopt Strongline or follow an alternative approach, it’s essential to take action now to keep your team members safe.

Fill out the form below to receive the full white paper.

We are determined to better understand and confront the escalating epidemic of violence against our health care colleagues.

Share your experiences with violence in Health Care to help our coalition better understand this important issue.

Create your own user feedback survey

"Philadelphia-based Jefferson Health has partnered with the healthcare technology start-up Strongline to develop an easier way for nurses and other hospital staff to call for help.…" – Gabrielle Masson, Becker's Hospital Review (12/18/19)

“If we could get to a point where every worker in a healthcare environment could have protection like this, we would live in a much safer world…" – Leah Rosenbaum, Forbes (11/13/19)

“Almost half of emergency physicians and about 70% of emergency nurses have been physically assaulted at work…" – Jennifer Thew, RN, HealthLeaders (11/18/19)

Co-developed in partnership with Jefferson Health